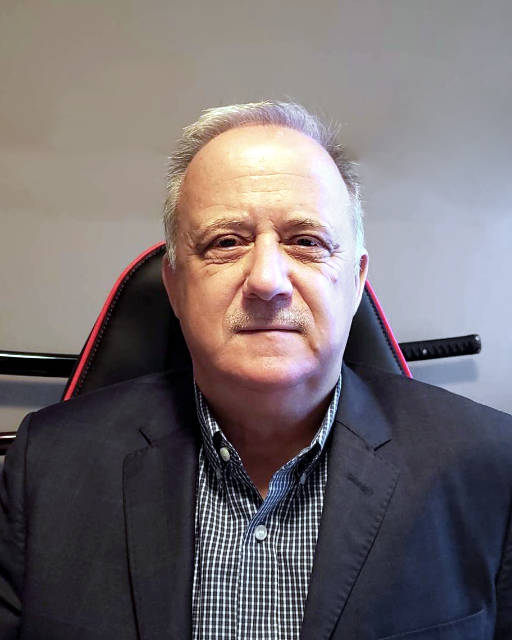 Wayne has over 35 years of experience in Emergency Management and Emergency Response. He has hands-on experience in responding to and managing a wide variety of industrial incidents globally, this has included as a first responder for during the 1991 Well Fires in Kuwait, the Aden Refinery Fire during the1993 Civil War in Yemen through the Yemen Government and the Bagdad Refinery Fire – post 2003 US invasion of Iraq through the US Department of Defence.

He has over 32 years of international business experience primarily in the Middle East and Asia Pacific Regions, having held senior management positions within Boots & Coots and Wild Well Control. With experience in setting up of foreign legal entities as well as identifying and managing a network of agents within these regions.

He has held Senior Command positions on Incident Command Teams as well as managing Emergency Operations Centres (EOC’s) as a consultant within major organizations. 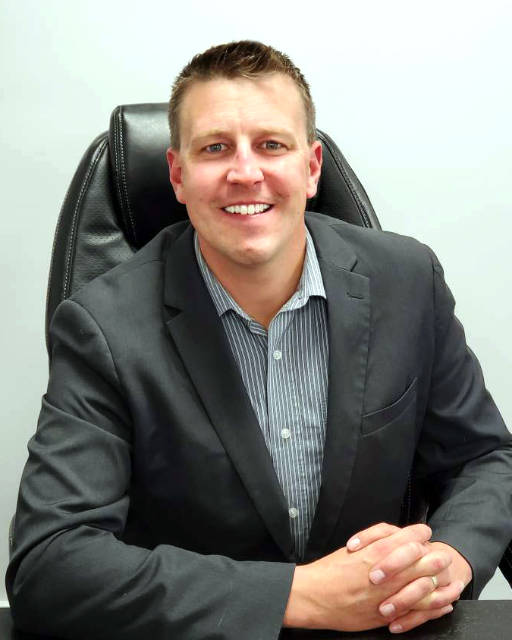 Mike Watts became co-owner and partner in Team Snubbing Services in 2017 after developing a long and successful career in Well control, Snubbing, and Workover operations.

Over a 18-year period Mike has gained a reputation for his commitment to help his co-workers, crews and clients solve problems and overcome challenges in the field and office.

Mike started his career as in 2003 and quickly worked his way up to Snubbing Supervisor by the end of 2005. As a supervisor he used his experience and natural marketing ability to secure his own customer base while still managing a full crew and spread of specialized equipment designed for the Western Canadian Sedimentary Basin.

In 2008 Mike spent some time in Papua New Guinea involved in the HWO operations of some of the largest wells in the world.

In 2009 he was offered the position of Northern Operations Manager and moved to Grande Prairie, Alberta where he also took on responsibility as Station Manager for a reputable vendor in the snubbing industry.

After moving on in 2017, Mike recognized many missed opportunities within the well control, Snubbing, and Hydraulic Workover Industry, and joined Adam MacDonald to invest in the opportunity with Team Snubbing Services. Today he is active with PSAC, is an IRP15 committee member and works closely with AER, OGC, CAODC and several other governing bodies. His passion and commitment to the Well Control and Underbalanced Operations, as well as his customers, partners, and employees remains strong. He continues to devote countless hours helping his staff and client’s problem solve and plan unforeseen well control events, snubbing operations, and underbalanced activities.

Adam MacDonald joined Team Snubbing Services as co-owner in 2017 following his extensive Domestic and International experience in the energy sector, which includes over 10 year as a Snubbing Supervisor and several years as a Well Site Supervisor.

Adam started his Snubbing and Well Control career as a trainee in 2004 with a large industry leader, providing Adam with the understanding of the processes needed to operate at a larger scale. After this he moved on using this knowledge to provide guidance and support to select companies during their early growth years in the industry.

Following his experience domestically, Adam was given the opportunity to work internationally, initially in Eastern Europe where his ability to adapt to local business culture and practices earned him the title of Workover/Completions site manager. During this time Adam successfully managed planning for cross-border Industrial equipment moves in a cost-effective manner Adam continued to work internationally as a Well Site Supervisor in other regions including Australia where he gained additional experience dealing with foreign government, customs, and regulations.

Upon returning to Canada, Adam was offered the position of Well Site Supervisor with a domestic E and P operator, where he was responsible for overseeing Slick Water Frac, Well Control and Snubbing operations in areas South of Grande Prairie, Alberta.

Ahmed has extensive experience in international contract management and negotiations having been responsible for securing multi-million-dollar contacts over his career.

He holds a Ph.D. in Nuclear Engineering and speaks 4 International Languages. 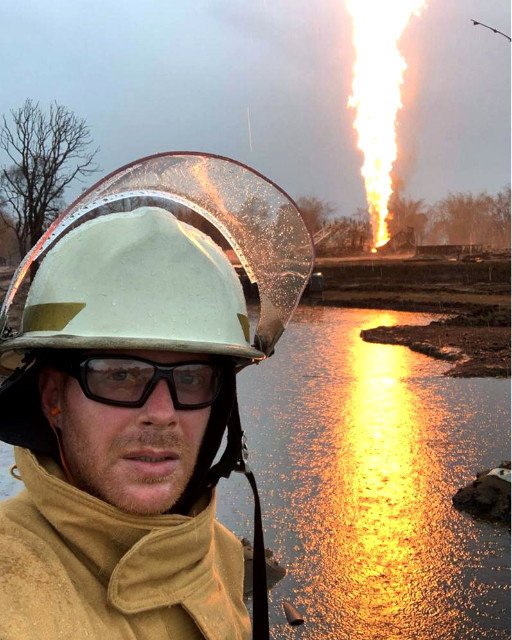 Matt has worked exclusively in the Oil & Gas industry for over 18 years while holding senior positions in all aspects of well control operations and site management. He has extensive overseas experience in both blowout response and pressure control operations.

Matt started his oilfield career with snubbing and hydraulic workover operations for one of the industry leaders in Canada when rig assist well control operations were expanding into a stand-alone servicing market. He also worked as a Technical Trainer where he helped customize and execute the curriculum and practical training from entry level employees to the highest level of field supervisors.

Matt’s experience, vast knowledge, and leadership skills led him to a career in the United States where he excelled as a Well Site Supervisor and Project Manager for a major E&P corporation. He worked in the United States for 6 years, where he became more proficient in workover and completion operations, utilizing frac, coil tubing, wireline, and service rig equipment. Matt was recruited to assist in his first well fire operation in the Middle East in 2009 and has since taken on a leadership role in many well control related campaigns globally. Most recently, he was recruited in 2020 to assist on a high profile well blowout overseas where he demonstrated an exemplary work ethic with great management skills and integrity.

Matt’s extensive knowledge and natural ability to lead in challenging situations have elevated him to one of the best in his field. 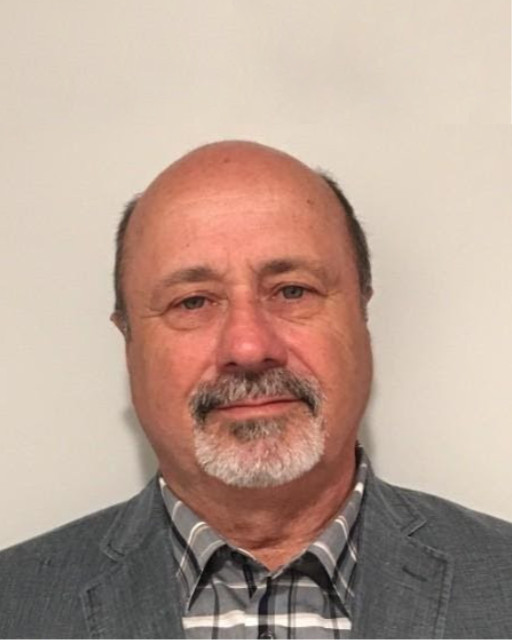 Bob has been involved in pressure control services since the late 1970s when he was instrumental in the design and introduction of the first hydraulic rig assist units in Canada. He introduced them to the US market in the 1980s laying the cornerstone for what would become the rig assist market today. Bob first got involved with Well Control in early 1980 as the industry adopted Live Well completions. Live Well Services was one of 4 snubbing companies founded by Bob. Since early 2000 Bob has worked with Snubbertech continuing to offer industry leading HWO designs globally.

Bob has been an early stage investor and mentor to a number of successful industry innovating companies, most recently Intelligent Wellhead Systems where he served as the first Chairman. Bob brings global well control, firefighting, pressure control experience that spans over 4 decades with his involvement in the 1992 Kuwait Fires Project as well as numerous large scale well blowouts & fires. 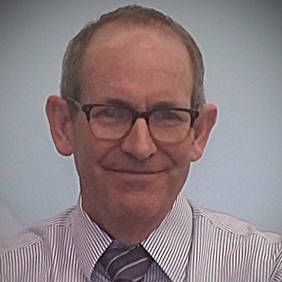 Michael has more than 35 years’ experience in the oil and gas industry. He has lived and worked in many regions throughout the world including; the Middle East, North Africa, Asia Pacific and former Soviet Union Countries.
Michael specializes in Well Control operations and has both technical knowledge and hands-on experience in Stuck Pipe, Drilling Practices, Advanced Well Control and HPHT Well Control.

He has more than 15 years of experience delivering technical training courses to the oils & gas industry. His experience encompasses drilling operations on land, as well as offshore from jack-ups, on semi-submersibles and dynamically-positioned drill ships.

Michael is a certified instructor for both IADC and IWCF, he has a unique ability to present the course content to a diverse multi-cultural workforce so that each student retains and understands the topic upon completion of the training.

He has earned a master’s degree in business Administration (MBA) from the University of Phoenix and earned a Bachelor’s Degree in Mechanical Engineering from the Southern Methodist University.